Since the early 1990s, Maxine Henryson has created pictures of her internal landscape using color photography. The result is a painterly style which transcends the literal and realistic. The New York based artist has traveled extensively for her work to Europe, Russia, and repeatedly to Asia. Shimmering red autumn leaves in Vermont, a stairway in the Palazzo Rezzonico in Venice, or the entrance area of the Ekambareswara Temple in Kanchipuram—the images are transformed by Henryson into a flow of light and color. What emerges is simultaneously lyrical and dynamic.

Landscapes, interiors, street scenery, still life, even static architecture is lent a sense of motion. Space and time are extended, compositional elements and figures blur until they appear to form a new reality. Despite the ever-changing themes of mood, light, and culture, Maxine Henryson’s work is highly coherent and conceptual. The vocabulary of these very precisely composed images is reduced and focused on the essential—nothing is added. These color photographs impress us with their enormous variety of nuance as well as a calm contemplative expressiveness.

Movement is at the core of many of Maxine Henryson’s images and often alters our perception of the subject. She achieves this by handholding long exposures with a Leica rangefinder and intentionally playing with the focus of a single lens reflex camera. She likes to describe this approach as a “calculated coincidence.” The floating world of Henryson’s photographic images is a quiet one, the images seeming secretive as they narrate a story about both presence and absence. The suites of photographs present their individual moods of composition and color. Thus, the sequences from St. Petersburg, Germany, or Poland have a rather intense, almost melancholic tone, in comparison to the luminous color found in the photographs from South India or Cambodia. The photographs are connected to one another as though they are ghostly travel memories evoking the sense of having a vague and condensed reminiscence of past journeys and distant places, all centered on the idea of light. Maxine Henryson feels bound to street photography in the tradition of Helen Levitt. Photographing spontaneously, she has an instinctive perception of the fleeting moment.

Another important constant in Henryson’s work is her study of time and timelessness. There are very few visual icons in her work, like cars or advertising, to indicate when the photographs were taken.Her images seem to reflect fragments from our collective unconscious. In the works of Maxine Henryson we visit sacred places such as the Paradesi Synagogue, Kochi, the Mother of God in San Giovanni Grisostomo, Venice, or an altar in the Sera Jey Buddhist Monastery, Bylakuppe. These images are a celebration of the complexity of human existence. With her photographs, Maxine Henryson succeeds in relating to us the coexistence of seemingly disparate ideas like materialism and spirituality or nature and culture. Through a refined and studied use of blurriness, her objective is not to make the subject disappear but to evoke it by means of light. Thereby the unfocused subject forms a resonant space with a high degree of abstraction, which reflects distance and proximity at the same time. The work lets us pause for a moment and demands a detailed survey. The photographs pull the viewer into the depth of the picture ground. Especially in her more recent large-scale photographs, Henryson succeeds in focusing the viewer on her images and her seductive use of light. The feelings below the surface, the layers beneath the visible, allow us to experience our own emotions as though reflected in a mirror. Not surprisingly, mirrors and windows are recurring themes in Henryson’s work. The often observed motifs of curtains or draperies reveal more than they hide. Henryson’s journey also winds through the four seasons, paying witness to snowfall, blooming fruit trees, cool marble church walls, the burning heat of ritual temple fires, summer fruits, and the autumn foliage of a Vermont Indian summer.

The pictures seem to glow before us as we see the changes in light during the passage of the day. Their intimacy moves us while it elicits a sense of the sublime. In this sense the photographs of Maxine Henryson are pictures of both memories and wishes. These photographs are the new painting.

—Mario Kramer, written for the exhibition: True Though Invented, 2020

Mario Kramer is Head of the Collection at the Museum für Moderne Kunst, Frankfurt 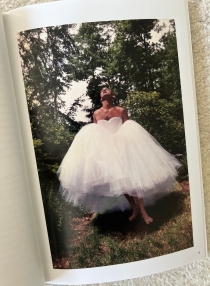 Book Design for I-DEA, The Goddess Within, by Hunter Reynolds and Maxine Henryson, 2022. Text by Julie Ault. Published by Artist Publications.

Book Design for I-DEA, The Goddess Within, by Hunter Reynolds and Maxine Henryson, 2022. Text by Julie Ault. Published by Artist Publications. 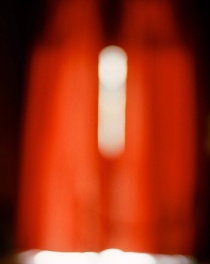 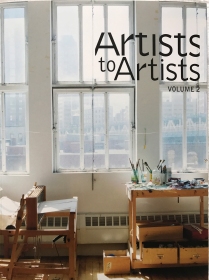 Marina Abramović: The Artist is Present

Marina Abramović: The Artist is Present

The Berlin School – Films from the Berliner Schule

The Berlin School – Films from the Berliner Schule 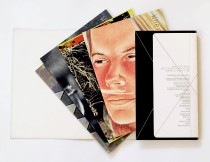